As head of the finance department of SLRCOG, Mrs. Katorkas is responsible for a budget of over $7.4 million spanning three major program areas: aging, workforce and planning/economic and community development. These program areas are funded by more than 50 different contracts and grant awards. She is responsible for assuring that all of the accounting and financial reporting functions of the agency are performed accurately and in a timely manner as well as complying with the respective federal and state guidelines associated with many of the funding sources. She is also responsible for coordinating all annual financial audits of SLRCOG and Santee-Lynches Regional Development Corporation (SLRDC) and for financial monitoring of service providers for the aging program. She supervises three staff members who assist her in these functions by performing a variety of accounting and reporting functions, including payroll processing for the agency and accounting functions for SLRDC.

Mrs. Katorkas has worked for SLRCOG since 2015, starting out in the position of Finance Manager under Kathy Powell, who retired after more than 32 years leading the finance department at SLRCOG.

Prior to working at Santee-Lynches Regional Council of Governments, Mrs. Katorkas worked in the Purchasing Department of Sumter County and as the Office Manager of a taxi company in Pennsylvania, where she wore many hats which included bookkeeping, payroll, contract review, and financial planning.
Mrs. Katorkas grew up in Sumter after her father was stationed at Shaw AFB, and she considers Sumter her home. She obtained a Bachelor’s degree from Liberty University in Virginia, where she met her husband, John Katorkas, IV. Mr. Katorkas is originally from Northeast Pennsylvania. Together they have a son and a daughter, and are members of Westside Baptist Church. Mrs. Katorkas enjoys building Lego sets with her children, researching her family’s ancestry, and preparing for Christmas. 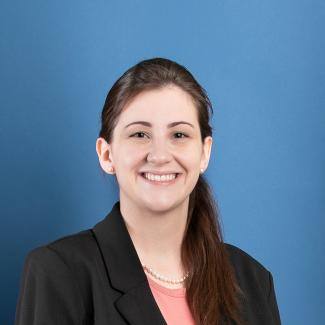